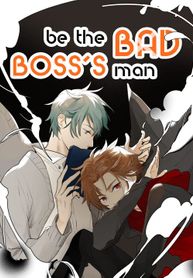 Masiyahan Maging ang Bad Boss's Man on our site is the pinakamahusay manhwa manga that you need to read. Besides, it’s a best-selling Korean manhwa sa 2021.

A boys’ love story with an innocent, sweet but a little stupid aura. The all-around good student, Christoph Sherman got acquainted with a punk, Chet June because of a fight and fell for him at the first sight. Due to a variety of reasons, Christoph Sherman became the boss of a gang called the Seaflower Crew, and Chet June became his assistant. Let’s lead the Seaflower Crew to forcibly occupy… No! Reorganize the Thai town.