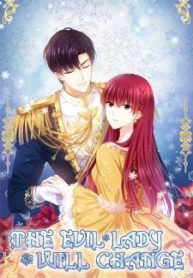 Athanasia Cloix, a woman whose elegance and beauty are akin to that of a swan lake, was the Duke’s eldest daughter and the Queen of the social circles: an existence near to perfection. Due to some rumors, however, people began to misunderstand and belittle her. As she suffered through these unfortunate events, she learned to conceal her feelings by putting on a façade and agreed to a political marriage with the Winter-comer who’s also known as the “Northern Monster”.“As the Grand Duke, I will do my best to accommodate your needs and desires. But love alone is something I can’t give to you.” Unbeknownst to her, that every man will change her life and thus a new fate is about to unfold.