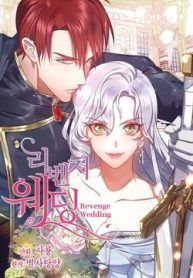 Meridian Sasha is the perfect woman who has beauty, wealth, and status. She fainted and woke up on a ship in the middle of the ocean, with a wedding dress on. Did I get married? ‘Who dares to try and touch Meridian Sasha? I’ll make sure that he’ll never want to marry me!’ But the one who appears to be her husband is the War Hero of the Empire, Demetrius Kyros who suddenly took out his sword. How can that be a man who wants to get married? ‘I was wondering who invited me like this… Will I be able to go back if I kill you?’ ‘Move. I was forced to come here too.’ Two people kidnapped to be married. They have no choice, but to live on an island together… 1st goal, escape the island! The final goal, revenge, and marriage!